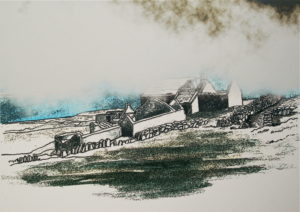 Pádraic was invited to show in two exhibitions in Romania in 2018 he was the only Irish artist showing in the exhibitions.

2018 represents an anniversary year for our country, celebrating 100 years from the union of the three Romanian provinces and setting up the modern Romania. With this occasion we propose this suggestive theme which can be approached by each artists in its on style. The „Inter-Art” Foundation pay special attention to everything that meant the formation of the multicultural segment during this century and the promotion of the ethnic values which means the cultural heritage with which we can promote a modern Romania, built on durable interethnic relations. We launched the invitation to artists from all over the world to send works on the proposed theme. 162 artists from 100 countries, 5 continents participated. 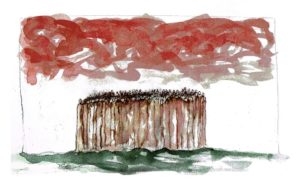 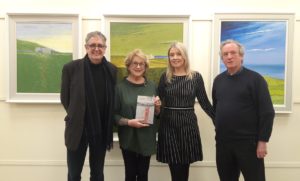 Poet Gerald Dawe together with his wife Dorothea, Patricia McLoughlin, Chairperson of the National Breast Cancer Research Institute & artist Pádraic Reaney, at the launch of ‘Crossing the Sound. 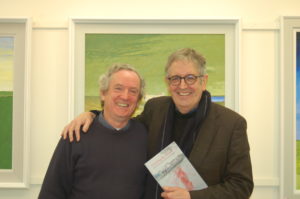 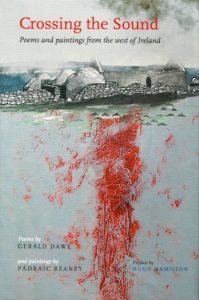 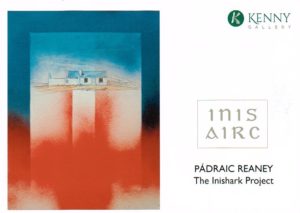 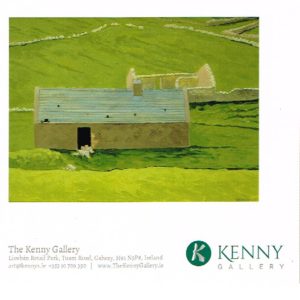 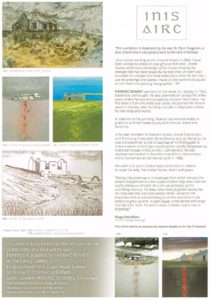 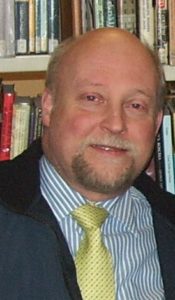 The Exhibition is dedicated to the late 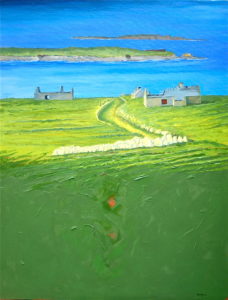 You are cordially invited to the official opening of

Paintings and Graphics by

at The Kenny Gallery

Monday to Saturday until the 3rd of November

“Reaney has grown up in a landscape from which not only the people disappeared but the houses in which they once lived are swiftly fading out of sight. He is the visual keeper of this crumbling memory. He keeps alive those forgotten homes like the language that was once spoken inside. He paints the emptiness with an extraordinary force, an extravagance of colour that was once there in the people he grew up with, in each house, in the stories and songs they left after them. His work is both a lament and a roar at forgetting, the shadows we fear in ourselves.” 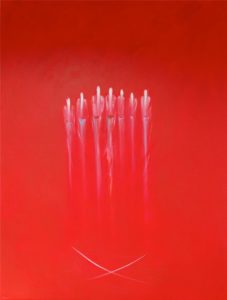 A new painting will be added to the homepage each month. 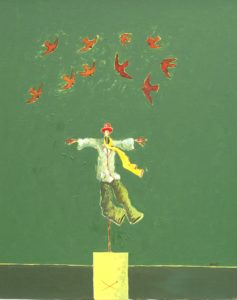 AN IRISH AIRMAN FORSEES HIS DEATH

An Irish Airman Foresees His Death’ an exhibition of small works by over 100 Invited Artists opens at Hamilton Gallery, Sligo on Yeats Day, Wednesday 13th June 2018 at 6pm.

About ‘An Irish Airman Foresees His Death’ To mark the 100th Anniversary of the end of 1st World War Hamilton Gallery has chosen W B Yeats poem ‘An Irish Airman Foresees His Death’ as the catalyst for its Invited Artists Exhibition 2018.  The poem addresses the dichotomy that existed and still exists around the Irish response to The Great War 1914 -1918. 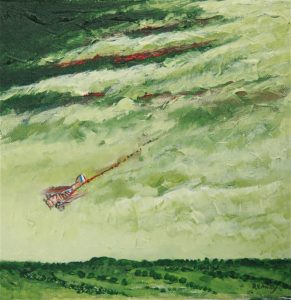 The long dreaded telegram has come – Robert has been killed in action – it is very hard to bear,